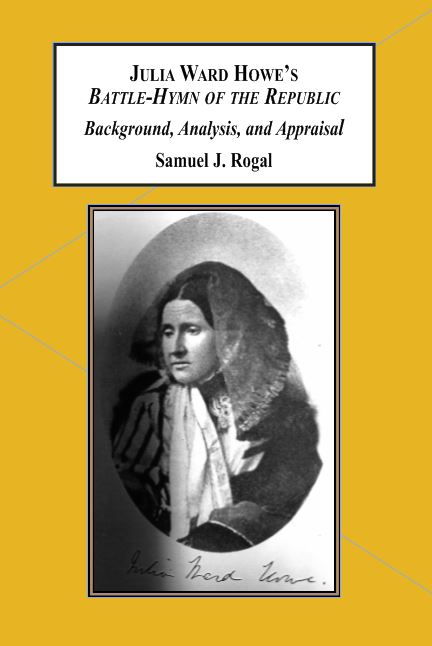 Julia Ward Howe's "Battle Hymn of the Republic," with its militant marching accompaniment, continues to embody the dilemma of the entire political world, the organized and disorganized political political entities throughout this sphere. Its language still speaks to nations, to their governors and to their governed, as they continue their struggles with war and with the threats of war, as they seek domestic serenity and international peace.

"Within its largest context, "The Battle Hymn of the Republic" echoes the need for Americans to express and to justify their immediate fears of and for the present and their continued hopes for the future. In the end, the hymn provides the opportunity for members of the congregation, collectively, to continue to sound the seemingly immortal voice of the writer. Although separated from her by a significant distance in time, they might still continue from afar to share with her the vision --- a new national spirit, dispatched upon the six stanzas of a hymn that, somehow, would lift the sagging shoulders of a divided and dispirited land."

3. "The Battle Hymn of the Republic": A Vision Expressed

2003 - State and Religion in the Sudan
1989 - Anne Sexton's Poetry of Redemption: The Chronology of a Pilgrimage
2022 - INDIAN ENGLISH AS CULTURAL IDENTITY MARKING IN THE WORKS OF N. SCOTT MOMADAY: ETHNOLINGUISTIC DISCOURSE ANALYSIS
>> See all our Literature - American Literature books