A New Explanation of the Holocaust: The Hitler/Trump Analogy (soft cover) 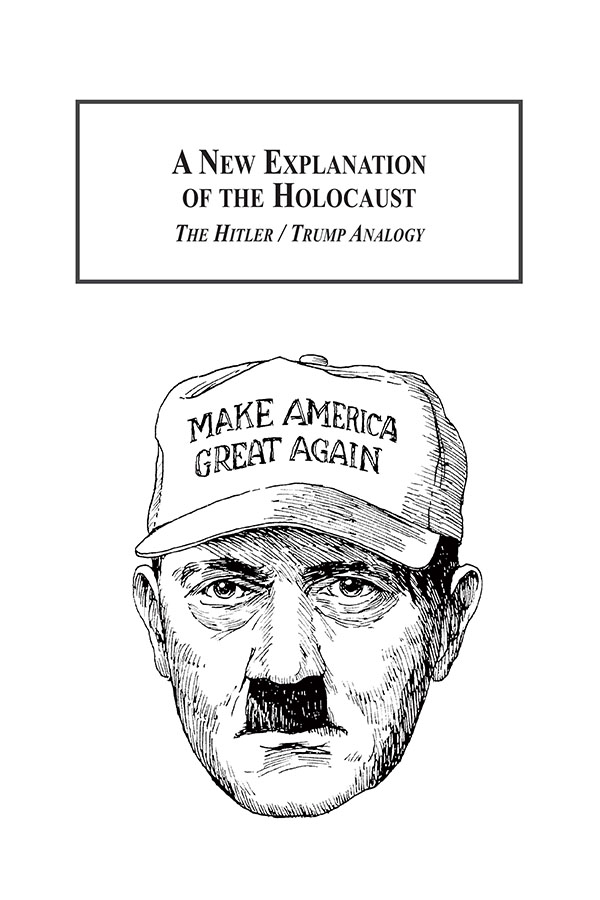 This book considers the comparison of 1930s Germany and modern day America. It is only published in softcover.

"The belief that America is 'exceptional' leads our failing to understand what it happening to our society. Even worse, this belief in our exceptionalism causes us to misunderstand events around us.

... Similarly, the belief that America leads Americans to be blind to behaviors that show that Donald Trump is like Adolph Hitler.
From the Author's Preface

Introduction to my Argument