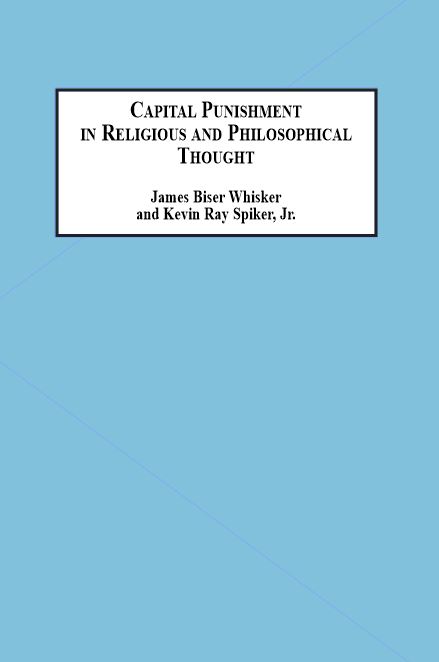 Dr. James Whisker and Dr. Kevin Spiker discuss the issue of capital through a religious and philosophical context. It uses both holy text and religious thinkers over the ages. They also include historical precedents as well.

"... it has been up to humans to decide in what manner death should be administered. Both the Bible and history record some terrible methods, include burning, drawing and quartering, flagellation, dismemberment, and crucifixion. Modern technology added the electric chair, gas chamber, and lethal injections."
From the Introduction

Capital Punishment in the Hebrew Bible

Capital Punishment in the New Testament

The Angelic Doctor on Capital Punishment

Some Religious Views on Capital Punishment

2016 - Elmira Reformatory, 1878-1890: Innovations in the Administration of an American Penal Institution
2010 - Criminal Justice Reform in Russia, Ukraine and the Former Republics of the Soviet Union: Trial by Jury and Mixed Courts
1995 - Police Ethics
>> See all our Criminology books