Witches in the Talmud: A Social Anthrological Study 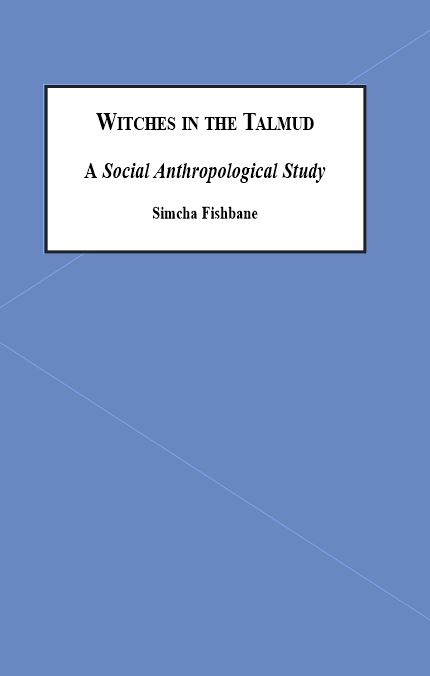 Dr. Fishbane suggests that in the patriarchal world of the Torah and Talmud, society perceives women as being liminal in its social order or on the fringe of the male centered society and this excluded from most central rituals. Women are regarded as threats to the patriarchal social structure if they do not act in accordance to traditional gender roles. Such women are regarded as witches or sorceresses.

“The Talmud reports numerous cases of magic. This paper is concerned with the analysis of female sorcery as presented in the Babylonian Talmud. It will also seek to understand, from the case of the female sorcery one aspect of the paradigm of the ideal Talmudic rabbi’s society, namely the role of women in the rabbinic social structure.”
From the Introduction

The Classifications of Female Sorceresses

1. The Talmud's Assertion that Women are Equated with Sorcery
2. Female Sorceresses in the Talmudic Story
3. Rabbinical Supremacy

2002 - An Ethnographic Study of an American Conservative Synagogue
2018 - Prostitutes in the Talmud: A Social Anthropological Study
1991 - Jewish Ethics and Jewish Mysticism in Sefer Ha-Yashar
>> See all our Jewish Studies books

2022 - What is the Basis of a Rabbi's Authority? Three Case Studies: Rabbi Avraham Danzig; Rabbi Yirsrael Meir Hacohen, The Hafez Haim; Rabbi Yecheil Mechel HaLevi Epstein
2022 - Jewish Mourning Rites: A Sociological Study
2021 - Fire Symbolism in Jewish Law and Ritual
2019 - Women's Literacy in Eastern Europe During the 18th and Early 19th Centuries: The Case of Haye Adam
2018 - Prostitutes in the Talmud: A Social Anthropological Study
2018 - Menstruating Women and Menstrual Blood in the Mishnah: A Social Anthropological Study
2017 - Why Jewish Women are not Permitted to Work on the Festival of Rosh Hodesh: An Anthropological Explanation
2017 - Jewish Mourning Customs During the Spring Season (Sefirat Haomer): A Ritual Act of Collective Memory
2017 - The Pilgrimage to the Temple and the Giving of the Torah: Rabbinical Interpretations of the Festival of Shavuot
2017 - The Slaughter of a Rooster at the Jewish Festival of Yom Kippur: An Explanation of the Ritual of Kapparot
2017 - The Meaning of the Jewish Festival of Purim: What Its Rituals and Customs Symbolize
2017 - The Rabbinic Discussion About Bat Mitzvah Celebrations: Girl Puberty Rites in Judaism