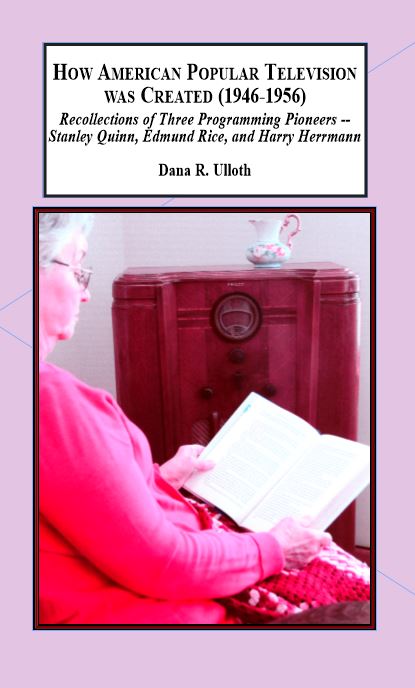 The book presents the unique perspective of people who created entertainment that also served as an advertising vehicle while trying to reach national audiences. The record shows that Kraft Television Theatre was part of a continuum that spanned several media beginning with live theater and vaudeville, continuing through radio, evolving into live television, and eventually becoming part of a complex mix of broadcast television, cable television, and satellite broadcasting. The work particularly focuses on Stanley Quinn, Edmund Rice and Harry Herrmann.

"By chronicling the lives of Herrmann, Rice, and Quinn, Ulloth is able to show how their lifelong commitment to radio and later television influenced the development of the two media, and how two technologies influenced them as they practiced their craft. Those developing technologies look to earlier examples for guidance on how to structure products for the new entities. When the practitioners were present during the prime years of the older medium, they have the further advantage of firsthand experience which they can apply to the new order.

Ulloth's work provides important insights into how the medium of television developed, and, as such, offers insights into how programming served both the commercial and entertainment needs of the industry."
Dr. Michael Osei Mensah,
Cheney University of Pennsylvania

1. Inventing a New Medium: From Science to Entertainment

2. From Military to Entertainment

3. The Challenge of Writing: Harry Herrmann

11. An Era Ends, But Not Without Influence