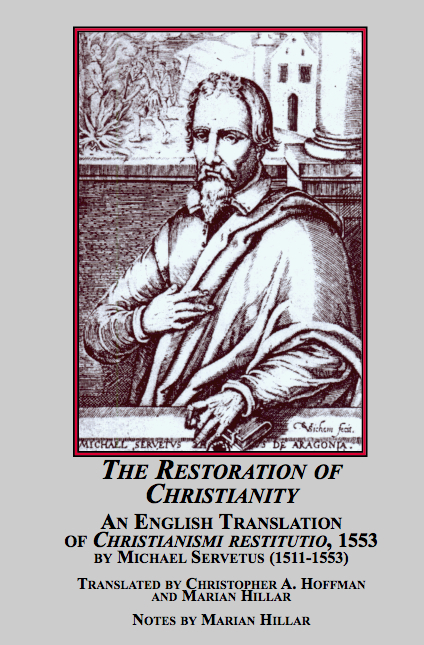 Michael Servetus (1511-1553) was a unique and central figure in European history who originated or anticipated many later new developments and trends produced by the Enlightenment and modern times. When he was burned alive in Geneva on October 27, 1553, all unbound copies of his major work, Christianismi restitutio, went up in smoke with him. Today, only three surviving copies of the original publication are known. Except for a fragment of a few pages concerning the famous discovery of pulmonary circulation, the book was never translated into English. This edition is the first translation into English, and this book contains the first part of the original text, namely, the treatise concerning the divine Trinity corresponding to the treatise On the Errors of the Trinity (published in 1531) and Two Dialogues on the Trinity (published in 1532).

“ ... with this masterpiece in their language and in their hands, English-speaking readers and scholars will be able to improve their preconceptions of Servetus as a man and as a thinker. Many Protestant and Catholic historians still tend to obliterate him as an amateurish, fanatical theologian bordering on madness, and his works ... as an obscure and boring model of disorder.” - Professor Ángel Alcalá, Emeritus Professor, Brooklyn College