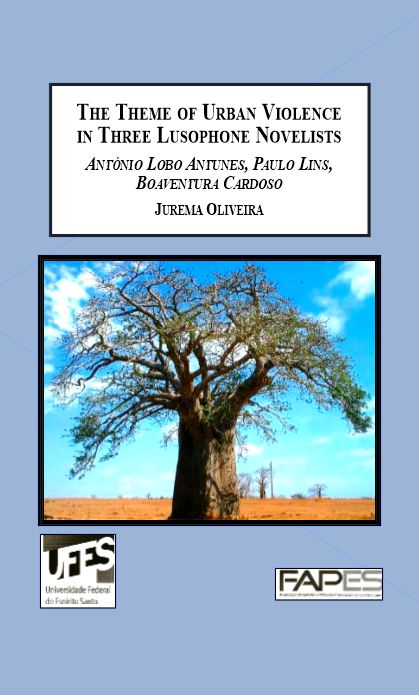 Dr. Jurema Oliveira approaches the themes of violence and violation within the works of three Lusophone writers, . António Lobo Antunes, Paulo Lins, and Boaventura Cardosa. These three writers are from different places, (Brazil, Portugal, and Angola) and yet they touch among common themes about the nature of violence.

“… she is able of speak of minorities, of the oppressed, of violence and violation, because she has the consciousness of being black, of being a resident of the periphery, of having had a poor childhood, of having suffered in the flesh the presence of the oppressor, through the diverse forms that it manifests itself In the book, alongside rigorous analysis, we can see a passion, with all the dangers that this can bring to the text. With this book, the author engages in the terrain of comparative literature with the realm of Portuguese-speaking literature.”
Dr. Maria do Perpetuo Socorro Correia Lima de Almeida,
Federal University of Rio de Janeiro - UFRJ

2. The Paradox of Violence

3. Authoritarianism and its Discursive Forms

5. The Marks of Violence in the City

7. Images Renewed from the Past

8. The Aesthetics of Inquisitorial Memory