The Orchestral Scores of Eugene Ormandy: Creating the Philadelphia Sound 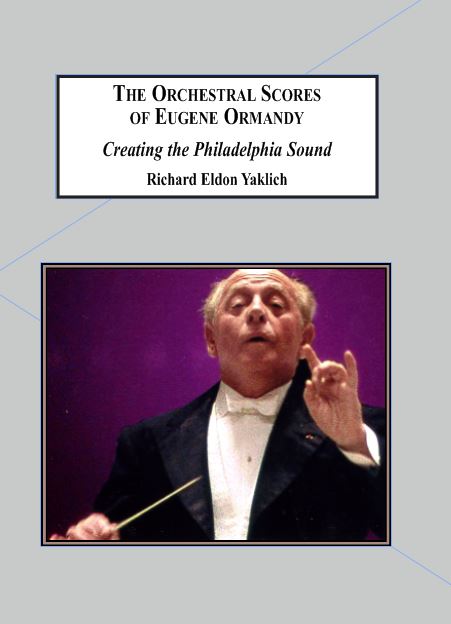 This work provides detailed annotations of Eugene Ormandy's scores with regard to his extensive alterations, particularly his modifications to orchestration, significant adaptations to dynamics, cuts and specific bowings. The goal is to give a glimpse into the making of "The Philadelphia Sound," or more appropriately, the "Ormandy Sound."

"... this document is definitive proof of how different the world of classical music is today. In this day and age, it is considered sacrilegious to alter music of the great symphonists in any shape or form, let alone make cuts or add instruments. This [work] makes the reader look at today's 'fundamentalist' approach to orchestral classical music and wonder how conductors such as Ormandy felt they had the license to change the scores as they did."
Professor Stephen Bednarzyk, University of Gaum

"... in this truly insightful and analytical book by Richard, many of the musical secrets of Ormandy that created the 'Philadelphia Sound' have been exposed and explained. Richard has documented the musical editing that facilitated creating special performances and recordings made by Eugene Ormandy. This book goes beyond the raves and praises of critics, things written in other history books and articles that discuss his work on so many notable commissions, premiers and special performances."
Bob Grossman, Principal Librarian of the Riccardo Muti of the Philadelphia Orchestra

2000 - MUSIC INDUSTRY ECONOMICS: A Global Demand Model for Pre-Recorded Music
2015 - THE LIFE AND VOCAL WORKS OF LEE HOIBY, AMERICAN COMPOSER AND CLASSICAL PIANIST (1926-2011): Including a Complete Catalog of His Songs
1994 - The Beginnings of Western Music in Meiji Era Japan
>> See all our Music & Musicology books

2021 - Sergei Rachmaninoff - Symphony No. 1 - An Annotated Reconstruction of Eugene Ormandy's Performing Version
2003 - An Orchestra Conductor’s Guide to Repertoire and Programming