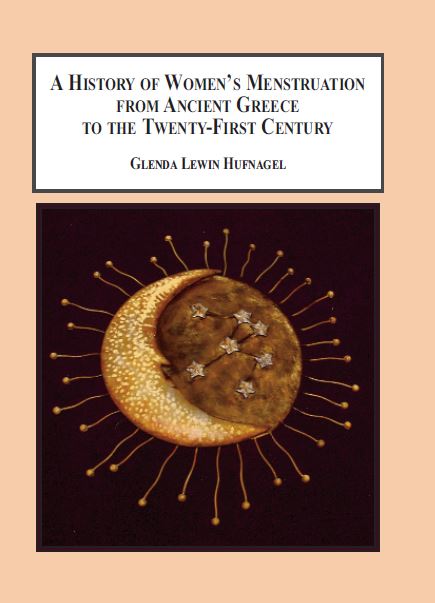 Winner of the Adele Mellen Prize for Distinguished Contribution to Scholarship
Hufnagel chronicles the historical inaccuracies in understanding menstruation which have contributed to viewing women as a ‘second sex’ and perpetuated feelings of shame. Her argument claims that only in the last few decades has science begun to fully understand the issue. Subsequent social and psychological treatment of menstruation in recent years has helped women to have an increased sense of comfort with their bodies. From Ancient Greece where Aristotle claimed that women were closer to animals, to contemporary misunderstandings about menstruation leading to increased acne, which was viewed as a sign of sexual immorality beginning with pubescence, the book tells the tawdry tale of women learning to accept themselves through successive scientific breakthroughs.

“Hufnagel’s tightly compiled and most valuable analysis of research on menarche and menstruation raises provocative questions regarding cultural hysteria about the bleeding female body from the Greeks to today. This book is a must read for anyone wanting a condensed and evidence-packed discussion of the evolution of this topic.”

“It is not often that a book that so significantly advances scholarship can also be described as delightful to read. This is such a book: thoroughly researched, persuasively argued, and imminently readable. Through her exploration of the roles of women across time and cultures, she invites her readers to experience hidden histories and enables the discovery of truths long suppressed by the politics of patriarchal discourse.

“This book makes an invaluable contribution to the study of women’s and girls’ experiences of menstruation and is an imaginative and insightful analysis of this understudied aspect of women’s lives. I enthusiastically recommend it to those scholars who are interested in exploring women’s reproduction. This book sheds light on a subject that has remained cloaked in shame and silence.”

"[The author] has done a thoughtful and beautiful job of filling in some very big and inexcusable gaps in the scholarship about menarche and menstruation. Her book is well researched, well organized and clear. ... This book should be standard fare in women's studies curricula."

This brief, well-organized book provides a succinct overview of the history of menarche and menstruation from classical Greek and Roman times through the 18th, 19th, and contemporary 20th and 21st centuries in European-American culture...it explores the evolution of the average age of menarche and marriage, the level of physical activity during menstruation and pregnancy, class differences, higher education for girls and women, and the role of wife and mother.
Prof. E.R.Paterson,
Emeritus, SUNY College at Cortland
Review appeared May 2013 issue of CHOICE.

1. The Ancient Construction: The Classical Greek and Roman Period Through the Eighteenth-Century

3. The Contemporary Construction: Twentieth and Twenty-First-Century Europe and America