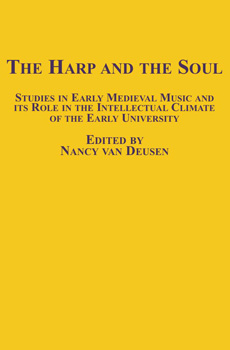 Best Scholarly work on Medieval Music and the University
Essays dealing with music as it was understood, visualized, articulated, and interpreted in the Middle Ages. Argues that medieval discussions of music depended on a structural foundation which writers were certain that their readers possessed, and this influenced the subject matter of music.

". . . covers a variety of topics including modes, notation, liturgical drama, sequence, genre, the symbolism of musical instruments, and the theory of rhythm. The general subject matter of these papers is familiar, but van Deusen has handled her topics with such exhaustive erudition and critical penetration as to make them more than usually illuminating and instructive. . . . reveals that the inner world of the medieval musician was much more complex and much stranger than we had thought." _ Continuo