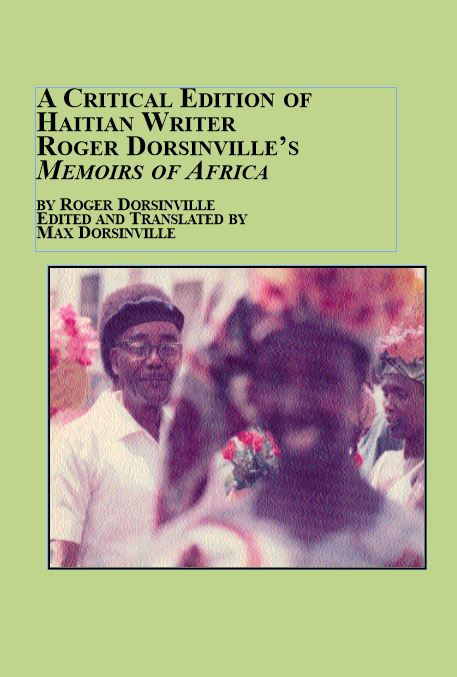 “This is a critical edition of the writings of Roger Dorsinville evoking Africa, focused on his appropriation of traditional storytelling form. It is divided into two parts: the first is Roger Dorsinville’s African Memoirs told in dialogical form, and published in 1990; the second is his unpublished collection of tales from Liberia’s hinterland, dated 1968. The core of the book is supplemented by an Appendix section that includes original archival material and critical assessments using a reader’s response approach. Finally, there is a selected bibliography relevant to the subject. . . . .a well-balanced, original, insightful and thought-provoking edition that provides new, critical avenues for our understanding of narrative in dialogical form. It is also a fine critical addition to Dorsinville’s own body of work that deserves to be made available to the English-speaking scholarly community.” – Marie Hélène Laforest

“The material is highly informative, is a corrective to our views of West Africans and conversely the views West Africans hold of the African Diaspora. . . . we have here a splendid opportunity for first-hand accounts of some of the views and experiences of one of Haiti’s most prolific and profound twentieth-century writers. . . . It should be also said that the translator and editor of these pieces, Max Dorsinville, has done a masterful job of preserving the voice and vivid descriptions of the French text and has managed to do so in smooth-flowing conversational prose.” – H. Nigel Thomas

2006 - DEMOCRATIC TRANSITION IN POSTCOLONIAL AFRICA: A Deliberative Approach
2016 - A BIBLIOGRAPHY OF REFERENCES TO CREOLE LANGUAGES
2009 - Studies in Lifelong Learning in Africa: From Ethnic Traditions to Technological Innovations
>> See all our Africa books