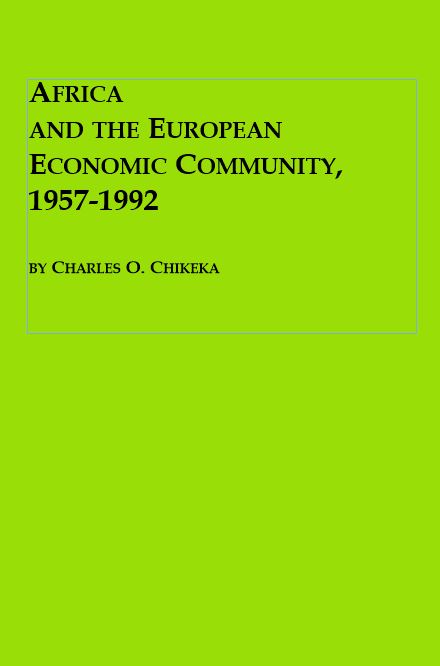 This study addresses the economic relations between African countries and European powers, the form that they have taken in the past and may take in the new era of political independence and national development. Examines critically the economic and political implications of African states' participation in the EEC as associate members.

Chapter II: The Treaty of Rome and its Application

2009 - Studies in Lifelong Learning in Africa: From Ethnic Traditions to Technological Innovations
2004 - Critical Perspectives on Historical and Contemporary Issues About Africa and Black America
2002 - Critical Edition of Haitian Writer Roger Dorsinville’s Memoirs of Africa
>> See all our Africa books