Current Issues on Theology and Religion in Latin America and Africa 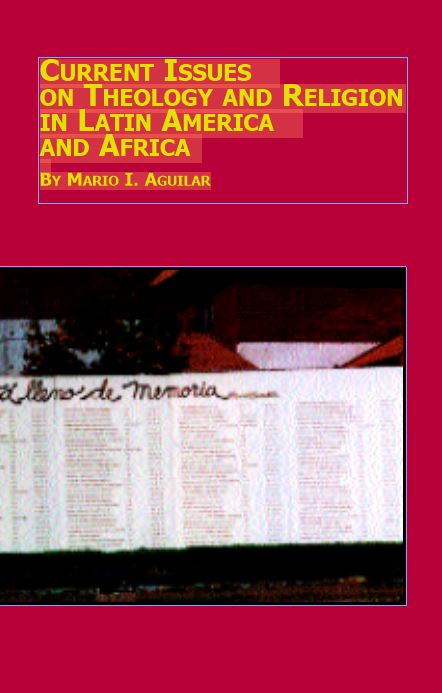 This volume explores the difficult relation between theologians and scholars of religion by exploring methodological parameters regarding objectivity. While most religious studies scholars propose a naturalistic view of religion and its study, this work proposes an interface between contextual theology and religious studies. Following a methodological introduction and the case study of the American Academy of Religion, chapters constitute historical explorations about religious practitioners and their theologies within society in Chile, El Salvador, Kenya and Rwanda.

"Through an engaging exposition of liberation theologies in Latin America and Africa, the book argues for the public nature of religious discourse produced by social actors. The study itself is located at an interface between anthropology and theology. . . . Dr. Aguilar guides the reader through the maze of Latin American and African politics and the complex relation of state to religious affiliation and commitment. He clearly shows that here religion is a vital force with immediate social and political relevance. This is a gripping but somewhat sobering book." Gavin Flood

“Aguilar, dean and senior lecturer in Divinity at St. Mary’s College of the University of St. Andrew’s, Scotland, confesses in his introduction that this text represents a personal academic biography spanning the last decade. Having stated this, the central lesson of the work is not diminished … the volume explores the difficult relation between theologians and scholars of religion by examining the traditional methodological parameters regarding objectivity in the discipline of religious studies … Aguilar, who has already published two significant works on religion and theology is well prepared to engage in a cross-cultural examination of his argument.” – Iain S. Maclean

Table of contents:
Preface
Introduction: Objectivity in the Study of Religion and Archaeology of Academia
1. The Location of God and the Study of Theology in Latin America
2. The Emergence of the Poor and the Shifting of Context in El Salvador
3. The Pinochet Regime and the Catholic Church in Chile 1973-1990
4. Priests, Ministers and Martyrs in Chile
5. The Sacred Rites of Passage and the Disappeared in Latin America
6. African Conversion, Religion and Politics
7. The Challenges to Catholicism in Africa: The 1994 Rwandan Genocide
Bibliography; Index

2015 - Lope De Aguirre’s 1560 Expedition Through the Amazon Rain Forest in Quest of El Dorado: Together with a Revisionist Interpretation of the Murder of the Most Beautiful Mestiza of Peru
2010 - THE PORTUGUESE REVOLUTION (1640-1668): A European War of Freedom and Independence
1989 - Two Families in Colonial Chile
>> See all our Latin America and South America books