Why Bob Dylan Won the Nobel Prize for Literature: The Triumph of the Populist Poetic 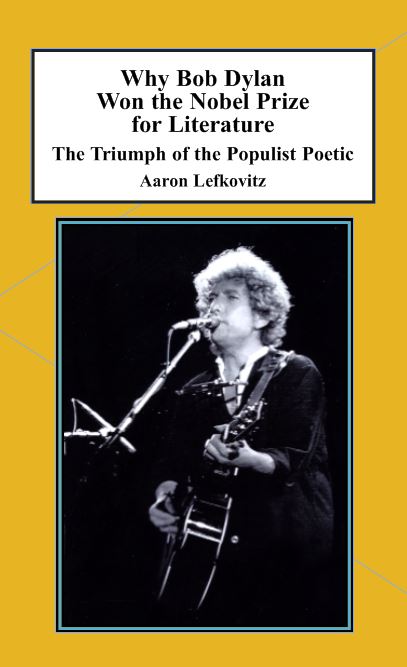 This monograph argues and explains by popular musician and cultural icon Bob Dylan was rightly bestowed the Nobel Prize for Literature in October of 2016. The author connects the pieces of Dylan's long and interesting career to show that he was worthy of the honor that was bestowed on him.

"Hero of the counterculture and establishment darling, the multiple meanings of Bob Dylan's varied life and career signify the contours and contradictions of the 1960s generation Dylan so adeptly represented. Though Dylan's Nobel Prize victory catapulted him into further legendary status, even as his capitalistic collaborations compromised his subversive status, his refusal to attend the ceremony continued his 'I'm not there' persona of an artist simultaneously embracing by while rejecting a transnational mainstream political culture all eager to accept his resistant spirit from a distance."

2013 - Spiritual, Social, and Scientific Meaning of Dreams: What Do Our Dreams Teach Us?
2007 - Edwin Mellen Press Versus Lingua Franca
2010 - Integrating Spirituality and Exercise Physiology. Toward a New Understanding of Health
>> See all our Popular Culture books