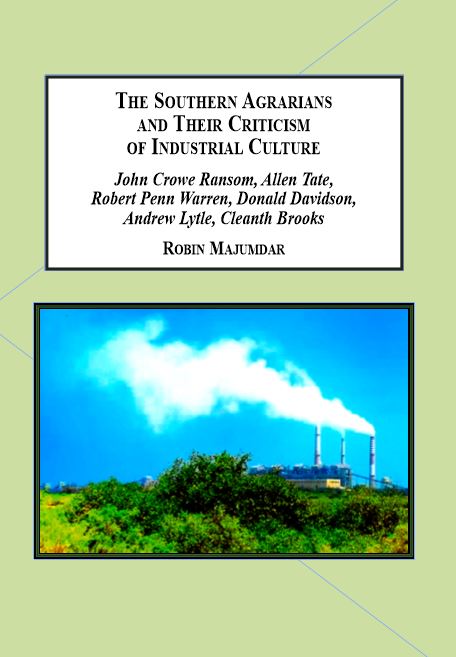 Dr. Majumdar reevaluates the Southern critics', especially the Agrarians' significance in the postmodern world. The Southern Agrarians and their spiritual descendants are out of fashion these days. They are either dismissed or at most marginalized as socially and culturally irrelevant. But an objective appraisal of their work tells a different story. The social, cultural, and moral issues the Agrarians, discussed, the questions they asked, and the values they fought for, in spite of their excesses and even aberrations, neither irrelevant nor meaningless in the modern age as their detractors would have us believe.

"This is a heart-felt book, both in demand that we perceive the continuing relevance of the challenge which the Agrarians threw down, and in its repudiation of reactionary attitudes - the sanctioning of patriarchal authority, for example, by some Agrarian writers. But by no means all, the author carefully attends to the differences of belief, emphasis, and tone in what was a like-minded but not monolithic group."
Professor Peter Dixon,
University of London

The Agrarians on Science and Religion

The Agrarians on Race, Gender and Class

1991 - Critical Edition of Cheuelere Assigne Text, Glossary, and Critical Analyses
2002 - History, Myth and Ritual in the Fiction of John Mcgahern: Strategies of Transcendence
2019 - Bakhtin's Dialogism and Semiotics in the Context of Visual Culture: A Case Study of the Film O'Baile Directed by Ettore Scola
>> See all our Literary Criticism books