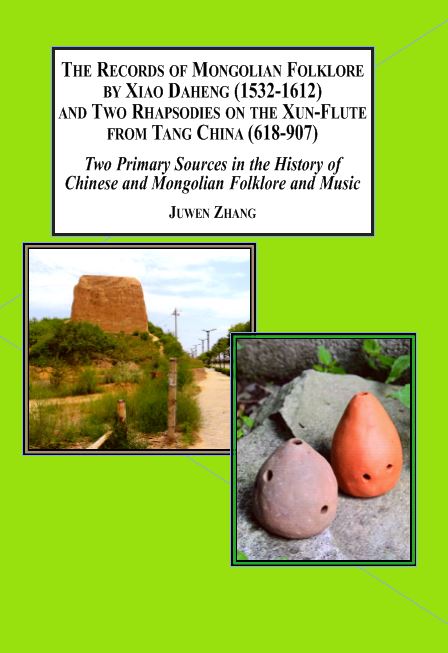 Exploring the ideas of harmony and dissonance with the Confucian notions of ritual-propriety and music, this book sheds light upon our understanding of how these concepts have been practiced within Chinese society, by providing commentaries on and introduction to the first English translations of some important texts. This text includes twelve color photos and six black and white photos.

"Zhang brings his own perspective as a folklorist to translating the observations of his early-modes predecessor Xiao, and his own well-known passion for the xun to the otherwise rather abstract references. Thanks to Zhang's expertise in creation, playing, and composing for the instrument, we are able to understand these fu-rhapsodies not as abstract ethical commentary but as references to the material life of individuals and communities in ancient and medieval China." Professor Pamela Kyle Crossley, Dartmouth College

"With his lucid translations and helpful introductions, Professor Zhang has provided us with three valuable descriptions of an early modern Chinese reflection on an influential neighboring culture (the Mongols) and ancient Chinese musical instruments. ... Together these texts give us detailed, precise and culturally rich snapshots into Chinese Chinese and Mongol cultures." Professor William Long, Williamette University

Book I: The Records of Mongolian Folklore by Xiao Daheng

Appendix: Photocopy of The Records of Mongolian Folklore in Original Chinese Text

References for Book I

Book II: Two Rhapsodies on the Xun-Flute from Tang China

Appendix I: Photocopy of The Fu on the Xun

Appendix II: Photocopy of The Fu on the Companionship of the Xun and the Chi