The History of the Performance of American Drama in Spain, 1912-1977: Theatre as a Weapon Against Political Authoritarianism (3 Volume Set) 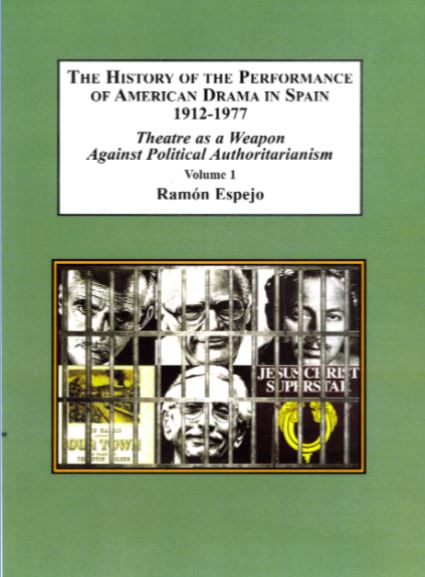 This study traces the evolution and significance of American drama and theater in Spain between 1912 and 1977 offering fresh evidence how American theater clashed against a largely stale, xenophobic Spanish establishment. It explores how the meanings surrounding American productions were negotiated both on the stages and outside and how American drama has impacted Spanish theater by challenging the political status quo.

“Cultural exchange is a very complicated issue…as Dr. Romero explains in his illuminating study of American theater in Spain, even in our modern period of globalization, plays do not necessarily cross the Atlantic with speed nor are they readily accepted by directors, critics, audiences, and actors…There is a definite connection between socio-political reality and reception of a national theater in another country.”
-Professor Phyllis Zatlin,
Rutgers University, New Jersey

“The book chronicles the clash, often violent, sometimes sly and covert, between Spanish authoritarianism and the freedom epitomized by American drama. The book is more than simply a theatre survey or encyclopedia. It is solidly grounded in cultural studies that explain the Spanish political contexts around certain productions of how the USA propped up the Franco regime and the effect that had on American drama in Spain…[it] will become one of the standard resources for translational theatre research in the years to come.”
-Professor John S. Bak,
Université de Lorraine, France

“What emerges from this study, besides the rich documentation for future scholars, is a picture of changing political allegiances and a fascinating social role for a theatre foreign, yet paradoxically familiar, to Spain. Aesthetic consequences are also studied in detail and almost no Spanish playwright of note escapes mention within the broad context. The book supplies new insight into the work of unstudied or only partially studied directors, actors and theatrical personalities.”
-Professor John London,
Queen Mary University of London

Other Performing Arts and Drama Books