The Geopolitical Unification of of Europe, Russia and Central Asia: Creating a Unitary Transcontinental Multinational State 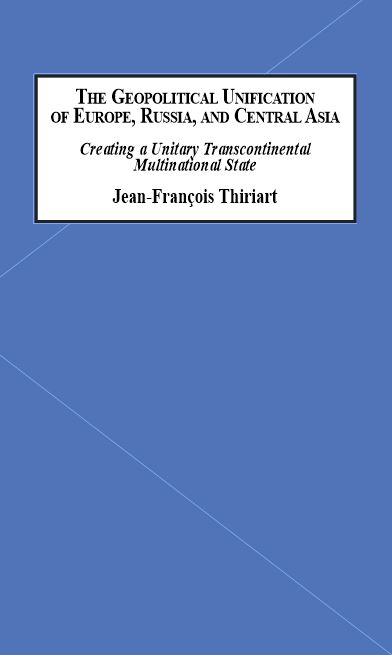 This short monograph details the ideas of Jean-Francois Thiriart, (1922-92), and his political theory concerning the post-Cold War world. Jean-Francois Thiriart argued that the creation of unitary state containing Europe, Russia, and Central Asia would be a second player in competition with the United States. The introduction is written by Dr. Alexander Jacob.

"Thiriart's vision of a united Europe that will be the equal of the USA or China as a great power, and their superior as a civilising force, remains a powerful inspiration for those dedicated to the reorganisation of present geopolitical realities in a more enlightened European manner."
From the Introduction

Europe Up to Vladivostok

2021 - Spiritual Accompaniment and Marginalization in the Vincentian Tradition (Softcover)
2019 - The Great Reform of the Theatre in Europe: A Historical Study, by Braun and Justyna Kazimierz
2022 - Military Aviators During World War I: Cunningham, Bullard, Lytle, Richthofen, and the La Fayette Esquadrille
>> See all our History-Europe books