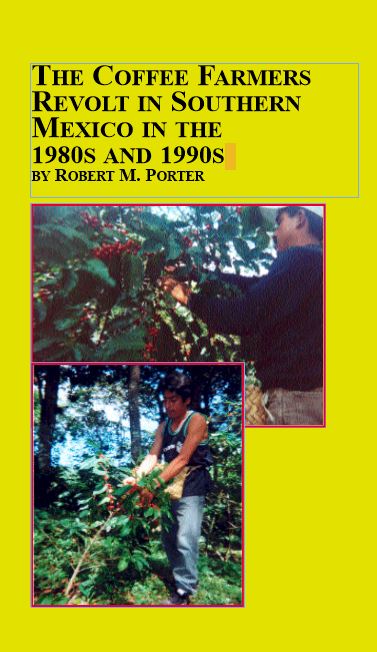 In this volume, Dr. Robert M. Porter discusses the reaction of Coffee farmers in Rural Mexico to the globalizing economy of the 1980s and 1990s and the rise of free trade agreements in North America. Dr. Porter considers the changing agricultural and economic conditions that the farmers to revolt against the new economic conditions.

"In this context, Robert Porter's work offers a critical contribution toward the effects of national changes on rural Mexico. His primary case - the successful organization of a coffee-producer's union in Oaxaca - lies right at the heart of Mexico's complex economic and political transformation. Rural coffee producers found themselves increasingly exposed to international competition, but also presented with new political opportunities. Through surveys of members and member ship records as well as interviews with movement leaders. Porter carefully documents their response over a period of more than twenty years, ranging from the late 1970s to the present. The unusually intimate access given to him by movement leaders and participants provides him with more convincing empirical evidence than is available in most studies of rural unions, notorious for their distrust of outsiders."
From the Preface

Chapter V: The Emergence of Collective Action in the Sierra Juarez, 1976-86