Islam's Justification and Promotion of Slavery: From Muhammad to the Present 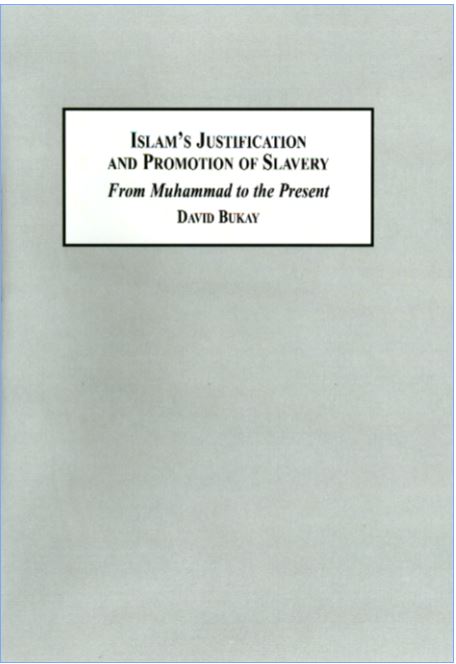 Dr. Bukay’s monograph looks at Islam’s historical and theological relationship with the practice of slavery.

Islam’s Justification and Promotion of Slavery

1999 - Classics of Arab Moslem Philosophy. Volume One
2007 - Freedom of Intellect Movement ( Buddhir Mukti Andolan) in Bengali Muslim Thought, 1926-1938
2004 - A History of Christian, Jewish, Hindu, Buddhist, and Muslim, Perspectives on War and Peace: Volume I The Bible to 1914
>> See all our Religion-Islam books