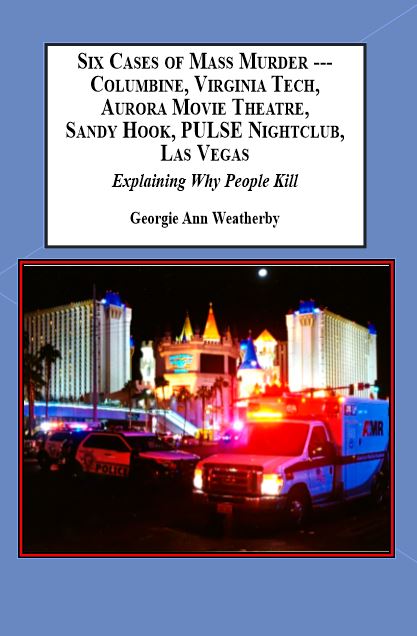 This book seeks to analyze six mass murder shootings. Each rampage is described in detail and then further dissected by considering the background and contexts of the perpetrator(s). Sociological and Criminological theories are then applied to each in turn, in an effort to not only further understand possible motivations, but to identity and ward off similar attacks in the future.

“The theories offered could help us deter or perhaps even reshape potential criminals into productive citizens. In the meantime, let us learn from experiences, while maintaining genuine respect for one another. Let us delve into the future with more education than before, and be more willing to forge an ongoing dialogue with those with whom we may fundamentally disagree.”
Dr. James W. Bernard

Chapter Nine: Conclusion: What Have We Learned?