Drug and Alcohol Consumption as Functions of Social Structures. A Cross-Cultural Sociology 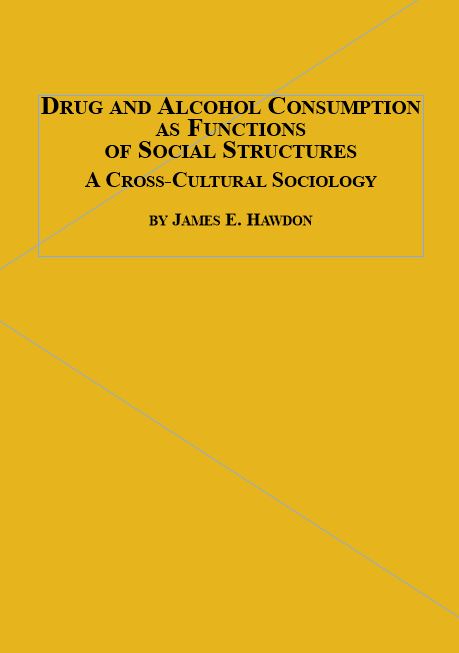 Uses classical sociological theory to demonstrate how the processes of rationalization and modernization have altered why, how, and how frequently people consume drugs. As cultural and structural changes increase heterogeneity and individuation, social controls over drug use weaken. Drug use therefore becomes increasingly widespread among the general population, a greater variety of drugs are used, drugs are used more frequently and drugs are used more for individualistic and profane reasons as opposed to communal and sacred reasons. In addition, the theory explains the variations in rates of drug use over time in the United States, Great Britain, Japan, Israel, and the former Soviet Republics. Finally, the theory explains the evolution of the drug subculture in the United States since 1940s.

“It is with great pleasure that I introduce this important book on drug use. While books on the subject abound, it is always refreshing to find a scholarly text on drug use that offers a new vantage point on this complicated and ever present social phenomenon. This is such a book. James Hawdon has skillfully synthesized classic sociological thought to craft a general theory of drugs that provides us with significant insights into human drug use. He has also painstakingly gathered the existing data on drug use throughout the world to put his new theory to the test. The result is a broad macro-sociological theory of drug use, firmly grounded in a wealth of empirical evidence, which has much to offer both academics and policy makers alike. ...Hawdon notes that the differences in social control over sacred versus profane drug using behaviors are important. ...Hawdon’s theory maintains that modernization and rationalization have changed the nature of sacred and profane drug use. ...Hawdon’s work, supported by numerous examples and global data, show that rates of drug use are higher in nations or in regions that are more developed. ...Hawdon provides ample evidence to demonstrate how cyclical patterns of drug use found within societies are closely related to the status of those who are using the drugs and the perceived dangers of the drugs being used. ...This book makes significant contributions to the literature on drug use. It is a rare find; a refreshing “value free” approach to the study of drugs and society. ...If we truly want to change things for the better, we first need to develop a rational understanding of the big picture. This book offers a major contribution to that understanding.” – (from the Commendatory Preface) Randolph Atkins, Jr., Ph.D., The Walsh Group, P.A.

“James Hawdon’s study is an intelligent, well-written, logically elegant, and encyclopedic piece of sociological analysis. ...Weaving together the work of some of the most important sociological theorists from both the classical and contemporary era...Hawdon develops a theoretic model that transcends the customary and, to my mind, too often overly-individualistic attempts to explain drug use. ...This book will be a welcome addition to the knowledge bases not just of those studying drug use, but also to those working in the areas of public policy, criminology, deviance, social problems, and social theory more generally.” – Dr. John S. Rice, Associate Professor, Sociology, Interim Associate Chair, Department of Sociology and Criminal Justice, The University of North Carolina at Wilmington