Development of the American Surveillance State, 1900-1960 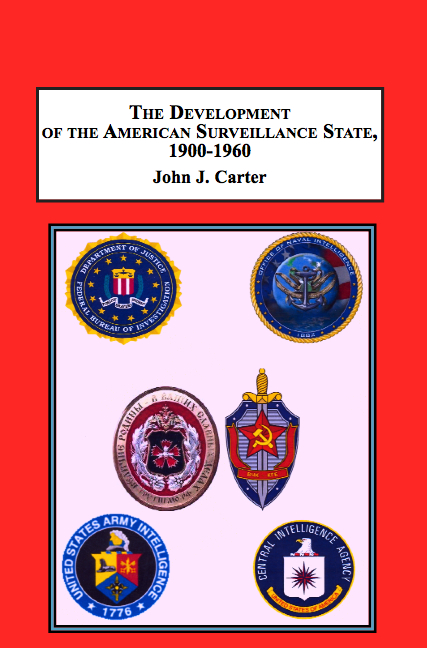 The rise of the surveillance state is examined within the context of the developing American national intelligence community and the modern presidency during the period 1900-1960. Institutional, historical, and leadership models illustrate the ways in which the changing presidency, the domestic political environment, the perceived international threat environment, all contributed to the rise of the American surveillance state.

“Dr. John Carter continues his tradition of engaging the reader in the world of politics, intrigue, and secrecy…In this work, Dr. Carter focuses on the role and leadership style of the President and the performance of each respective administration as it relates to intelligence operations…his writing style engages the reader, much like an author of fiction, into the minds of presidents and their struggles as they wrestle with the events in history.”
-Professor Rita Gulstad,
Provost,
Central Methodist University

“Dr. John Carter’s book is a timely look at an important topic. Covering the growth of government surveillance from the Theodore Roosevelt administration to the Eisenhower administration, Carter does an excellent job marshalling a wide range of sources into a compelling narrative. Although he is strong on the early years of the twentieth century, Carter is particularly good at presenting his topic during the Cold War under the presidencies of Truman and Eisenhower. His is a thorough coverage of this subject, made more pertinent by Carter’s detailed knowledge of spy plane operations.”
-Professor Richard Bradley,
Central Methodist University