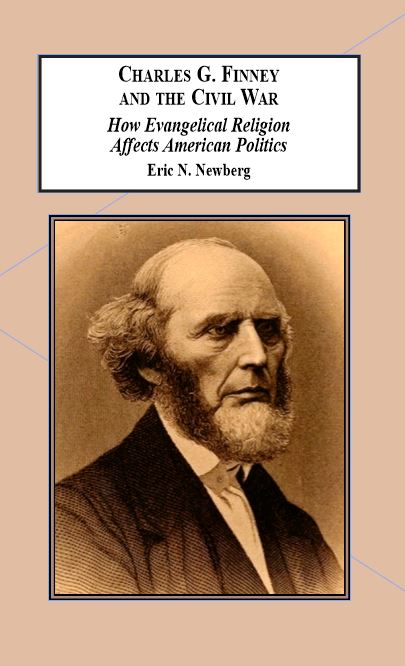 This volume proposes the thesis that Charles Grandison Finney (1792-1825) left a legacy of progressive evangelical social engagement. Finney was perhaps the greatest revivalist of antebellum evangelical Protestantism. This monograph examines Finney's emergence as a charismatic revivalist, the conflict over his "new measures" of conducting revivals, the development of his views on social engagement, and the legacy he left for modern evangelicalism.

"... not only documents what happened during these tumultuous months and years surrounding the debates elicited by the Second Great Awakening, but also attempts to trace the trajectory of Finney's legacy vis-a-vis the evangelical movement of the twentieth and twenty-first centuries. ... although Newberg's historical argument linking Finney with the latter will have theological and normative appeal only for those on the one side of the present spectrum of disputes for the soul of the evangelical movement, perhaps this book will sustain two important sets of discussions going forward. First, millennial evangelicals and their friends can deepen the spiritual, religious, and theological commitments of their most cherished sociopolitical causes and so do in dialogue with their nineteenth century forebears who ideas, beliefs, and practices are now made available in a fresh way through the book you hold in your hands. On the other side, conservative Protestants who remain attracted to theocratically warranted political endeavors to retain and perpetuate America as a 'Christian nation' can also come to appreciate how such efforts are not necessarily evangelical, at least in the sense of the devotional pietism, religious revivalism, and a vision of social transformation nurtured through the means and methods of the Second Great Awakening and staunchly defended by Finney and his compatriots." Professor Amos Yong, Fuller Theological Seminary

"Finally, it does not seem that Finney's actual goal was social reform alone, but his work to transform the world centered around his eschatology. His strong desire was to evangelize non-Christians so they could have eternal life, and he sought to enlist the converts to social reform so the world would be made ready for the return of Christ. Thus, the motivation for his emphasis on the benevolence was his eschatology. This thoroughly researched and meticulously documented book characterizes Finney as a benevolent reformer for that era." Professor Terry Minter, Southwestern Assemblies of God University

Part One: Civil War in Zion

2000 - Notables of Harrison County, Ohio
2003 - Italian Women’s Narratives of Their Experiences During World War II
2011 - DOROTHY WORDSWORTH AND THE PROFESSION OF AUTHORSHIP A Critical Commentary on Her Letters, Journals, Life Writing, and Poetry
>> See all our Biography books