An Annotated Bibliography (1982-2016) of Works Published About J. D. Salinger 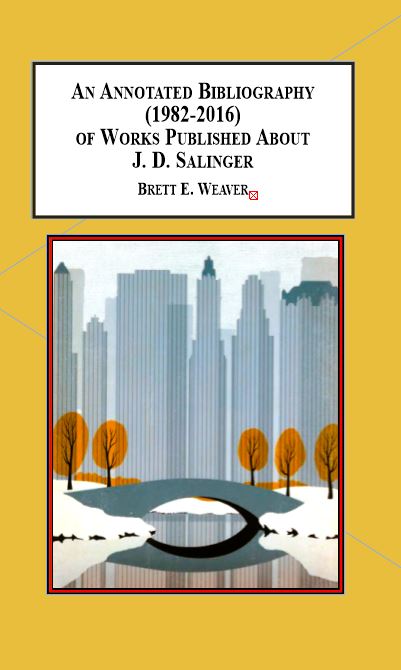 This work is an annotated bibliography of critical works, (articles and books in print and online), written about J.D. Salinger and his work between 1982 and 2016. Weaver's updated bibliography includes 97 sources on Salinger, and the newer scholarship continues to account for Salinger's enduring presence in twenty-first century literature and film.

"To the best of my knowledge, Weaver accurately represents and summarizes each of the many works he discusses. This is a scholarly resource text, not an analytical argument about Salinger's work or culture. As such there is not a guiding claim or thesis-nor should there be. Weaver does not take any positions that a scholar could reasonably challenge. This is a study that will be celebrated by scholars of American literature in general and Salinger specialists in particular, whatever their theoretical or critical commitments, whatever their positions on Salinger's art, scholars are sure to be thankful for Weaver's patient and meticulous discussion of how we continue to respond to J.D. Salinger."
Dr. Matthew Smalley, Fort Hays State University

Introduction to the First Edition

Introduction to the Second Edition