Allegorical Story of the Restoration of African Democracy: The Strong Versus the Weak 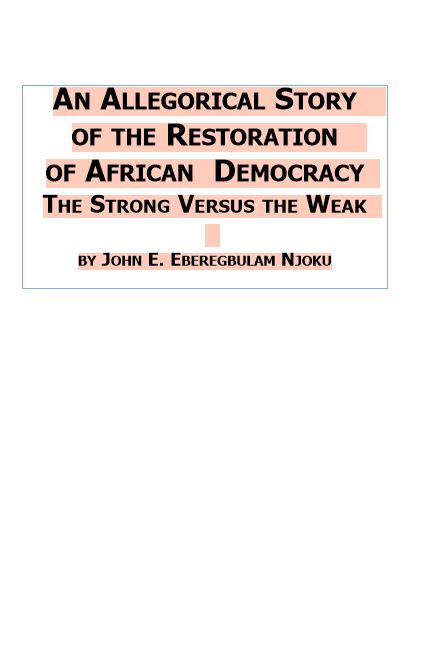 This work details in allegorical form the shocking story of the results of Europe's entry into the African Continent and creation of the momentum which broke down a complete society that existed in harmony. Areas collapsed after independence, as no arrangements were made by the European peoples to help the newly freed nations. Violence escalated as the military took strong hold of the new governments. Military coups begat civil coups, disrupting any positive changes that had occurred. After each coup d'état, hopes for democracy faded further. This illustrative narrative contains such chapters as 'The Strong Men of the Sahara', 'Scramble for Africa', 'Culture in History', 'Political Correctness', 'Patriotic Rogues', 'Leader Among Wolves', 'Army Coup d'état Versus Civilian Coup d'état', and an Epilogue, Index, and illustrations.

Chapter 1: The Strong Men of the Sahara

Chapter 6: A Renewal for Hope