Africa and the Nation-State 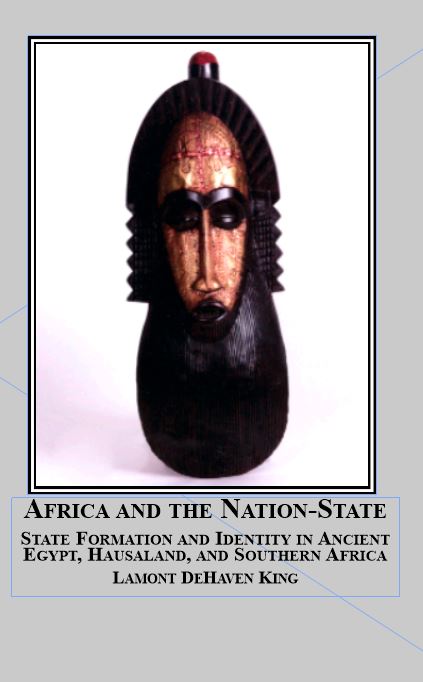 This book challenges socio-historical analyses that posit a relationship between modernity and the nation-state. It questions whether the nation-state is a distinctively European phenomenon that emerged as the result of some combination of the development of capitalism and the legacy of citizenship derived from the French Revolution. It defines the state, differentiates it from the nation, and in so doing, also defines the nation-state. The book then examines ancient Egypt from the Archaic Period to the Middle Kingdom; the Hausa states, focusing on Katsina from its beginnings in the fifteenth century through its incorporation into the Sokoto Caliphate and British Empire; and the legacy of the Zulu state that emerged in the early nineteenth century. The growth and development of these three polities are offered as specific historical examples of the nation-state, the multi-ethnic state, and the nation, respectively. By concentrating on African polities that emerged in different time periods, the book also shows that an understanding of how states buttressed or transcended ethnic identity, coupled with definitional clarity, can be a more meaningful focus of analysis than any preconceived conceptualization of the nation-state premised upon Eurocentric indicators of modernity.

“ ...In this work, Dr. King analyzes questions of identity and polity formation. He clearly illustrates how the construction of identity among various African peoples clearly concurs with the modern political definitions that have always argued African exclusion. The treatment of this idea is historiographic and epistemological in that it asks why the conceptions of the modern colonial period are privileged over the eras that both precede and follow it; and why we continue to function as if nothing occurred in these time frames that might alter our thinking on them—particularly in the case of Africa. Dr. King reminds us that Africa has a pivotal role in the construction of the histories of the world as he explores the ideas and structures that initiated Africa’s exclusion from modern political and historical discourse ... this work stresses the need to view Africa and its polities through a lens of sophisticated pre-colonial political activity. This is pre-colonial activity that has figured in the crafting of complex ideologies and political identities that are critical to interpreting both historical and contemporary Africa ...” (from the Foreword) Professor Maghan Keita, Villanova University

“This is an interesting piece of work and a very useful contribution to the conversation on state formation in Africa. While excitement about Africa’s political independence filled the literature in the decade before the 1960s, the crisis of nation-building soon overwhelmed leaders of the newly-freed countries, and, according to political observers, the nations began to fail. What Dr. King has done in this work is argue that the elements upon which modernity was defined and to which Africa was considered its antithesis existed on the continent prior to the colonial era ... Even though the cases discussed belong to Africa’s pre-colonial period, the end of the Cold War and the urgent calls for establishment of democratic institutions on the continent and the need expressed for political integration make this work a relevant addition to the discourse ...” – Professor David Owusu-Ansah, James Madison University

2007 - African Art Music: Political, Social, and Cultural Factors Behind Its Development and Practice in Nigeria
1991 - Social Development in Africa Today Some Radical Proposals
2001 - On African Land Holding - A Review of Tenurial Change and Land Policies in Anglophone Africa
>> See all our Africa books