The Portrayal of the Grotesque in Stoddard's and Quantin's Illustrated Editions of Edgar Allan Poe (1884): An Interdisciplinary Analysis of the Relations Between the Visual and the Verbal 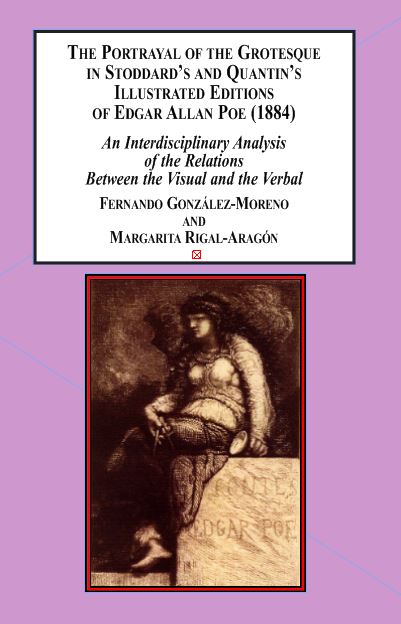 One of main aims of Poe's narrative and poetry is to create powerful and suggesting pictures in the mind of the reader. Even more, Poe offers us an incredible visual richness, experimenting through all the main aesthetic categories, such as the Beautiful, the Sublime, the Picturesque, the Natural, the Artificial, the Grotesque, the Arabesque ... Elements that make is of his work an invitation for painters and artists to illustrate them, to transform them in powerful and suggesting pictures, such as the author that conceived them.

"This study of two illustrated editions of Poe's works adds to the continuing scholarly interest in how Poe's language inspired (and continues to inspire) visual artists' interpretation of his work. The authors chose two 1884 editions by publishers Albert Quantin (1850-1933) and A.C. Armstrong as the focus of their study because they study argue that '... these two editions exemplify a key moment ... [when] two crews of artists chosen by [the publishers] could, for the first time, explore the multifaceted aspects of Poe's tales." Professor Barbara Cantalupo, Pennsylvania State University, Lehigh Valley

"... contributes in an original manner to the understanding of Poe's stories from the perspective of the relation between the visual arts and pictorial narratives. It is well researched and shows a profound knowledge of the critical literature about the topic at hand its all its aspects. Its focus on specific editions and illustrations allows the authors to offer better historical contexts and to make precise and insightful comments about the significance of the two 1884 editions under consideration." Professor Eduardo Urbina, Texas A&M University

"... offer an extensive historical analysis of the illustrations of Edgar Allan Poe's works from scant illustrations created during the artists' lifetime through the impressive Quantin and Stoddard illustrated editions of Poe's works in the 1880s. ... The book's focus on Poe's work themselves, on various prologues to later Poe editions, and on the visual renditions that illustrators, etchers, and other artisans offered on those texts create a truly interdisciplinary study of Poe." Dr. Emron Esplin, Brigham Young University

Chapter 1: The Writer of a Visual Era

Chapter 2: On the Prologues to the Quantin's and Stoddard's Editions (1884)

Chapter 3: Poe at the Crosswords

Index of Topics and Names

1987 - Multi-Man Genre and Poe's Byrons
2016 - Time Transcending Poetry of Edgar Allan Poe: An Explanation of the Mechanics of His Poetic Speech
2018 - Poe's Eureka, Erasmus Darwin, and Discourses of Radical Science in Britain and America, 1770--1850
>> See all our Edgar Allan Poe books