The Jungian Archetype -- The Alone: Mapping the Psychological Experience - A Lecture 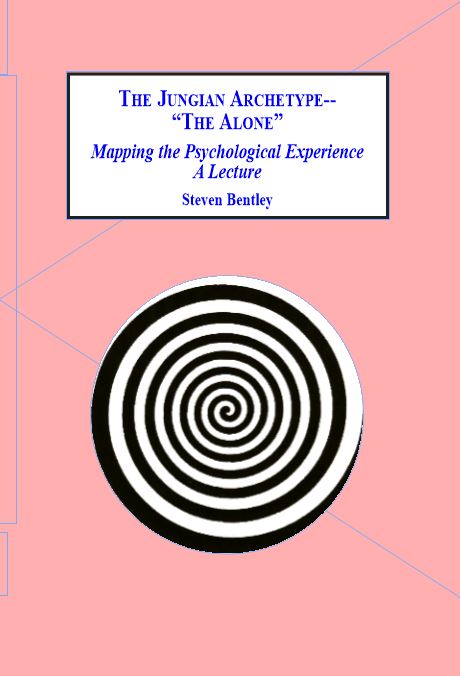 This book is about The Alone as an archetypally grounded, and therefore an ontologically inherent constellation of human beings. As archetypally grounded, The Alone has it within it potential for transformation into the inexpressible energy of The Alone/All One which, as All One, inevitably presents itself as a paradox; at once A and not A, not two and not one. The first formulation is Jungian, the second is Zen. In both practices The Alone is central as both as means and as end.

"Carl Jung, the archetypes are universal patterns of imagery, affect, and behavioral response. Like out personal complexes, whose core they comprise, they combine both dynamic (energic) and formal (meaningful) aspects. The dynamism of the archetype refers to energy and its expression, felt affect, and the patterns of behavior brought into play through archetypal configuration. The configuration is the representational, meaningful aspect of the archetype that presents itself to consciousness through dream and imaginative images, through their projection unto phenomena in the outer world, and through synchronistic events."
Introduction

Chapter 1: The Archetype of the Alone

2000 - Young George Washington in Psychobiographical Perspective
2008 - Poet Figure in the Poetry of Wallace Stevens: Disentangling the Multiplicity of Selves
2006 - Envy of Excellence
>> See all our Psychology books