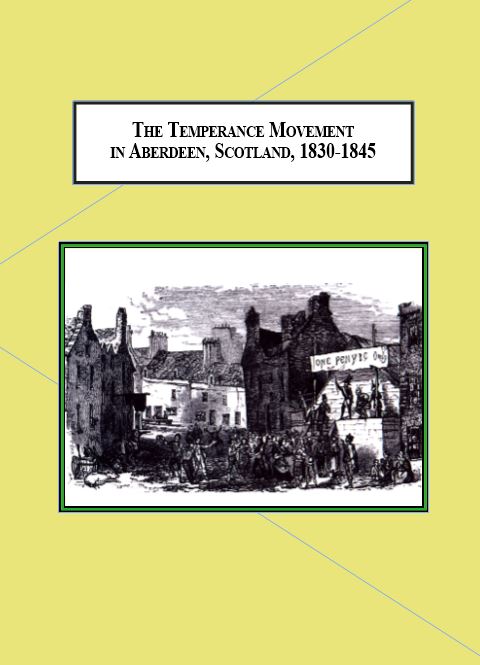 A first time historical analysis and case study of the Temperance Movement in the mid-19th century Scotland, focusing on Aberdeen. The main focus of the book is to examine who the temperance reformers were but also what motivated them. By drawing from local newspapers, writings, and speeches and studying the rhetoric that the temperance movement used, the book also shows that the movement was not one uniform movement and that it was shaped by religious, political, industrial, and urban influences.

“ … a pioneering history of Aberdeen’s social and religious history. … provides a useful interpretative framework for the evolution of temperance at the local level during the Victorian period.” – Prof. David M. Fahey, Miami University

"This book is an interesting case study of how the temperance movement operated in a very specific location and time-frame. Paradoxically, the detailed documentation of the temperance groups and activities in this relatively small area acts to establish how very widespread and significant were concerns about alcohol consumption in nineteenth and early twentieth century Britain. As such, this book contributes to the growing literature in temperance studies which seeks to remind us of the scale and influence of this movement. ... is not merely a painstakingly researched local history, but adds substantially to the field of temperance history and reminds readers of the large part Scotland has played in the story of temperance in the United Kingdom." -Prof. Annemarie McAllister, University of Central Lancashire

"... Hoffman's thorough treatment of the emergence of the temperance of the period in question. While historians of Aberdeen and northern Scotland will no doubt enjoyness the richness of this local case study, the lack of detailed studies of the history of alcohol and in regulation in Scotland means Hoffman's book deserves to find a broader audience." -Prof. David Beckingham, University of Cambridge

Chapter 2: Rise of Whiskey and the Origins of Temperance Scotland

Chapter 3: Drink and Society in Aberdeen from the 17th Century to the Early 19th Century

Chapter 9: Socio-Economic Background of the Supporters of the Anti-Drink Crusade in Aberdeen, 1838-1845

Chapter 10: The Ongoing Cause of Temperance

Other Scotland and Scottish: All Subjects Books

1991 - Daniel Defoe's Political Writings and Literary Devices
1995 - Scottish Regency of the Earl of Arran A Study in the Failure of Anglo-Scottish Relations
2007 - Medicine and Scottish Missionaries in the Northern Malawi Region, 1875 - 1930
>> See all our Scotland and Scottish: All Subjects books