THE AFRICANIZATION OF MEXICO FROM THE SIXTEENTH CENTURY ONWARD:
A Review of the Evidence 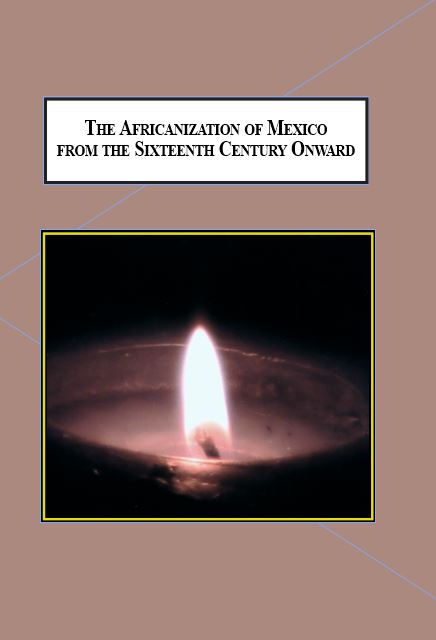 This work is an Afrocentric analysis that subscribes to the notion that there is one human race of multiple ethnicities. It acknowledges Mexico’s African, Amerindian (herein after called First Nations), Asian, and European ethnic heritages. Contrary to the African-disappearance-by- miscegenation-hypothesis-turned-ideology, it introduces the theory of the widespread Africanization of Mexico from the sixteenth century onward.

“ This revealing analysis takes us down the paths of Mexican life. . . . we have in our hands an enticing work, a healthy reading to heal the Mexican dis-memory." –Prof. Álvaro Ochoa-Serrano, El Colegio de Michoacán-CET

Acknowledgements
Foreword by Álvaro Ochoa Serrano
Introduction
1. African National Names as Denigrating, Obscene and Scatological Language in Mexican Spanish
2. The Colors of Mexican Racism
3. The Africans and Afrodescendants who Constructed Veracruz and the Jarocho Ethos 1521-1778
4. The African Sahelo-Sudanic Belt in the Birth of Mexican Vaqueros and Vaquero Culture in the Veracruz Lowlands
5. Tracing the Afro-Mexican Path: 1813-1910
6. Mexican Food is Soul Food: A Medicine for National Amnesia
7. The Africanness of Mexican Traditional Medicine
8. Memín Pinguín, Hermelinda Linda and Andanzas de Aniceto: The Dark Side of “Light-Reading”
Conclusions
Bibliography
Index