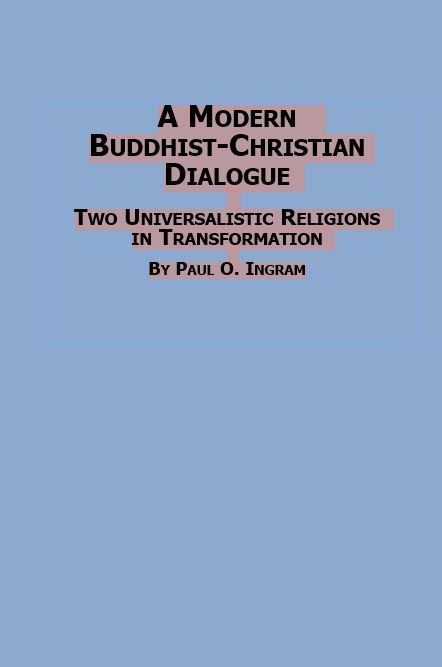 A discussion of contemporary Buddhist-Christian dialogue between process theologians and Pure Land Buddhists, with an analysis of their transformation and theological structures in the "post-Christian" era of religious and secular pluralism.

". . . scholars in the field will no doubt be glad to see this new book [by Paul O. Ingram], in which his position is laid out more completely and systematically than would be possible in a conference paper or journal article." _ CHARLES B. JONES in Buddhist-Christian Studies ". . . particularly useful as an introduction to some of the issues at stake in Buddhist-Christian dialogue . . . ." _ Journal of Ecumenical Studies

"As an honest effort at comparison, this work could help thoughtful persons of either faith to a better understanding of their own as well as of the other faith." _ CALVIN H. REBER, JR., in Missiology

". . . draws selected data from the history of religions through the lens of process philosophy (primarily Whitehead and Cobb) in an effort to assist both sides of this dialogue. . . . will be of interest to seminary and graduate collections concerned with religious and philosophical pluralism." _ Choice

"I was sincere when I earlier called the book provocative. The author offers, indeed, much food for thought and I am grateful to him for making me reflect, for instance, on the exact part process theology is playing in the Buddhist-Christian dialogue. . .

Chapter One: Dialogue as a Process of Creative Transformation

Chapter Eight: The Question of God

Other Christianity: All Topics Books

2009 - THE LEGEND OF ELIJAH IN JUDAISM, CHRISTIANITY, ISLAM, AND LITERATURE A Study in Comparative Religion
1990 - German Church Struggle
1983 - Eminent Hebrew Christians of the Nineteenth Century. Brief Biographical Sketches
>> See all our Christianity: All Topics books