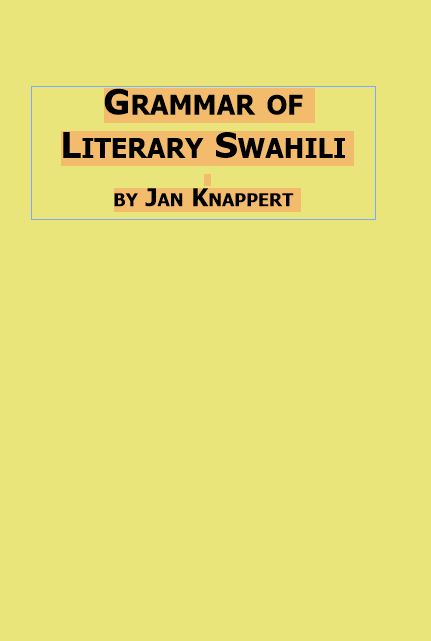 This work contains a very condensed grammar of literary Swahili, that is, of the traditional literary language, the idiom in which the epic poetry, the proverbs and the traditional songs are composed. It serves as a vehicle for the Islamic literature, both prose and poetry, including the town chronicles, as well as the long didactic poems on moral duties.