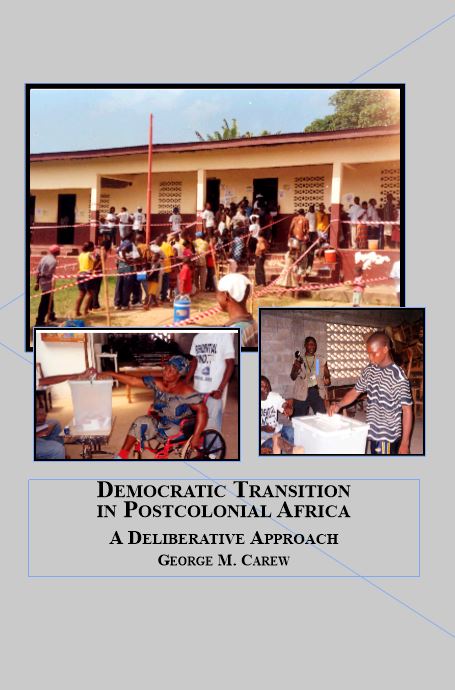 After three consecutive waves of unsuccessful attempts to transplant democracy in postcolonial Africa, it is necessary for those engaged in any kind of political theorizing to take time to reflect on both the path the theory has taken and the path that lies ahead. The ethnically-induced conflicts in Africa and the worsening sectarian crisis in many parts of the continent have resisted easy analysis by comparative empirical research. Thus, it is unlikely that future analysis along the path will illuminate the crisis of African democracy.

This book delineates a vision that moves beyond the dominant research paradigm toward a new way of constructing a framework of analysis. It requires the avoidance of artificial differences among approaches by drawing simultaneously on normative political theory, analytical methods and comparative empirical research. This alternative approach develops a radically reconstructive view to a wide range of social and political issues.

“This is an important book. It represents the very best of what I have long advocated in political philosophy – a pragmatic approach I call ‘applied social and political philosophy,’ on the model of ‘applied ethics’ (medical ethics, business ethics, etc.) ... The woeful failure of democracy in Africa, in particular, is painfully obvious to all. What Dr. Carew helps us to understand in this book is why traditional approaches have not worked so far, and, more important, he offers us a different approach which more likely will work ... I welcome what I am sure will prove a major contribution to both the theory and the realization of democracy in Africa.” – (from the Foreword) Professor H. Gene Blocker, Ohio University

“This is a bold, even audacious, book, which covers an enormous range of issues. The text is based on an imposing erudition, and an underlying engagement with pointing the way to an African redemption ... the search for new intellectual paths for opening a more democratic future for the continent badly needs the kind of experience, wisdom and knowledge that distinguished Africans such as Dr. Carew can bring.” – M. Crawford Young, Professor Emeritus, University of Wisconsin-Madison

2006 - Studies in Witchcraft, Magic, War and Peace in Africa
1997 - Community Based Rehabilitation in Botswana the Myth of the Hidden Disabled
1994 - Fulani Matrix of Beauty and Art in the Djolof Region of Senegal
>> See all our Africa books