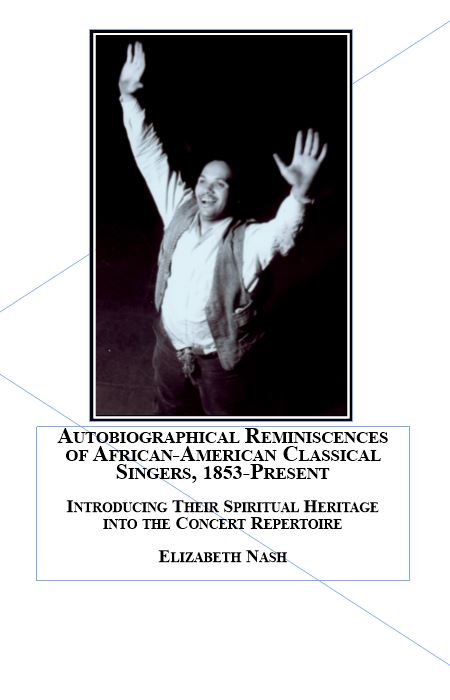 “This comprehensive and ground breaking work of rare autobiographical writings, interviews and articles reveals the thoughts and lives of extraordinary African American classical musicians ... These musicians were and are the role models to serve as an inspiration to the next generation of singers. The book should appeal to both the general reader interested in the African American experience as well as to teachers and students in the academic community.” - Dr. Badi G. Foster, President, Phelps Stokes Fund

“Based on sound, well-documented sources (many of which are reproduced in their entirety - a real boon to scholars), [this book] assembles a chorus of singers, musicians, writers and scholars whose voices combine to create a literary vehicle which travels the uneven road of African-Americans seeking their place and related recognition in classical music. ... With [this book], Professor Nash shows African-American culture reaching back toward and articulating its dual inheritances of Africa and Europe, all the while reaching forward, preserving and extending the African-American spiritual and the place of African-Americans in classical music. A well-chosen, well-organized and comfortable read, this book promises to be of great interest to students and scholars of African-American Studies, Women’s Studies, Music, Literature, Journalism and History.” - Dr. Lisa Pertillar Brevard, Visiting Associate Professor of English, Roanoke College

"Congratulations on this important publication."-Jane Gottlieb, Vice President for Library and Information Services, The Juilliard School

"The book is an excellent primary source. Nash has researched African Americans influential in the history of classical vocal music, and has allowed the reader to hear their stories in their own words. [The book] is recommended reading for those with a special interest in American studies, and all who are interested in classical singing should investigate this volume as well."-Journal of Singing